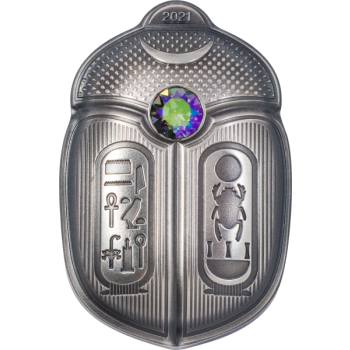 With this stunning shaped coin, CIT combines the symbol of a scarab beetle with one of the most famous Pharaohs to ever live, Tutankhamun. His tomb opening celebrates its 100th anniversary in 2022.

In ancient Egyptian religion, the god Ra whose eye is also depicted on the obverse together with the Ankh or Key of Life, rolls the sun across the sky each day, transforming bodies and souls.

Scarab beetles roll dung into a ball. Because of this symbolically similar action, the scarab was seen as a reflection of the heavenly cycle and was representing the idea of rebirth or regeneration. In ancient Egyptian religion, the scarab was also a symbol of immortality, resurrection, transformation and protection much used in funerary art.

Over the ages, scarabs have been used to symbolize wealth, as currency, fashion accessory and also to serve as a form of artistic expression.

Thanks to the enhanced smartminting® technology this is a numismatic piece of art in a 1 oz silver ultra-high relief with an integrated crystal from Swarovski. It is decorated with two names of Tutankhamun in hieroglyphene style his own individual name and his title as a Pharaoh which was also found on his throne when it was discovered 100 years ago.

If you want everlasting protection or just a nice meaningful gift. This shaped scarab beetle coin will be both. 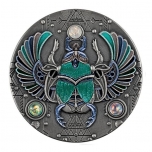 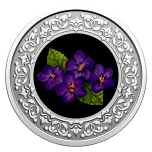 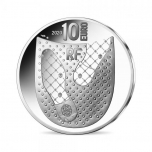 The coins of this collection transcribe the craft of the shoe through the trace of steps. The Berluti emblemis revealed at the heart of the creation. The iron of the heel protecting thesole is adorned with the House's Scritto,a tribute to the calligraphy and know-how of the House.

The obverse of this coin represents the heel of the shoe. The Berluti emblem is revealed at the heart of the creation. The iron of the heel protecting the sole is adorned with the House's Scritto,a tribute to the calligraphy and know-how of the House. The bottom of the heelis adorned with a checkerboard with the Berluti coat of arms. The words"125 years" echo the anniversary celebrated by the House in 2020.

The reverse represents the nails, numbering 125, marking the 125 years of the House. The footsteps evoke not only the trace but also the road that leads to the Berluti House. The face value, the mintage and the engravings are also visible on this reverse.
99,00 € 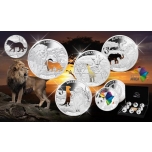 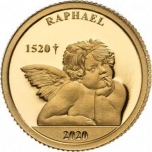 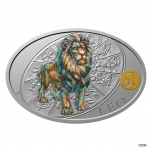 
The silver coin from the Czech Mint´s gift series with motifs of 12 signs of the zodiac will become not only a beautiful, but also a valuable talisman for everyone who was born in the sign of Leo.

The shape of the constellation of Leo is reminiscent of the king of animals - and not just any king. The lion shines in the sky as a reminder of the valiant Heracles and the first of his legendary twelve quests to hunt down the dangerous and invincible beast. In addition to the constellations, the Lions in human form are ruled by another celestial body - the Sun. Just as the brightest star is the center of our solar system, also Lions tend to be the center of attention. Like their animal namesakes, they are dominant creatures who want to win in all circumstances. They are sociable and charismatic, but can easily succumb to pride and arrogance.

The unusual oval-shaped coin bears a coloured depiction of a Lion on the reverse side. No photographs or computer graphics were used as the basis for the colouring - the author of the coin, Asamat Baltaev, DiS., created an original watercolour painting. The relief in the background behind the Lion presents a disc with a dozen zodiac signs. The composition of the reverse side is supplemented with the Latin inscription LEO and the corresponding astrological symbol. As the coins of the Czech Mint are issued with the foreign licence of the island of Niue, the obverse side bears its national emblem, the nominal value of ONE DOLLAR (NZD) and the year of issue 2021. All this is surrounded by twelve astrological signs.