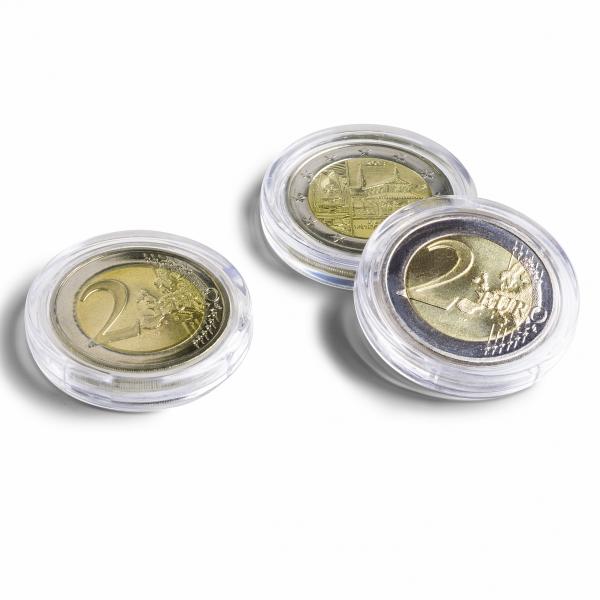 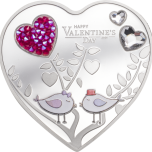 February 14th. A day for all lovers.

And the 2021 edition of the Silver Hearts collection originated in 2005 is the perfect gift for that important occasion. The overarching motif of love is captured in this heart shaped coin measuring 37×37 mm.

The modern and fresh appeal is obtained by the application of Swarovski elements, heart shaped clear crystals and an illustrated cute bird couple. 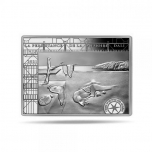 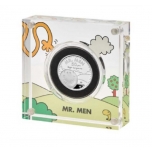 This year marks 50 years since Yorkshire-born copywriter Roger Hargreaves was inspired by his son to create one of the worlds most popular children's book series: Mr. Men Little Miss. The inspiration came in the form of a simple question: what does a tickle look like? The answer was Mr. Tickle, who is now one of more than 90 characters in an ever-growing collection read in multiple languages in more than 24 countries around the world.
65,00 € (18%)
79,00 € 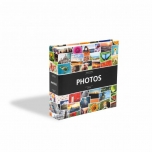 VALEA photo album
The LEUCHTTURM VALEA album for photos in a modern and brightly colored design has room for up to 200 photos (size: 10 x 15 cm). Comprises 100 pages of cream-colored and high-quality photo card, it is ideal for anyone who has a large number of photos and is creative. Glassine leaves provide additional protection for your photos. Premium quality and durable thanks to stitch bookbinding. As the cover is laminated, any surface dirt can be wiped off easily using a damp cloth. Overall size: 230 x 235 x 50 mm
15,00 € (15%)
17,70 €