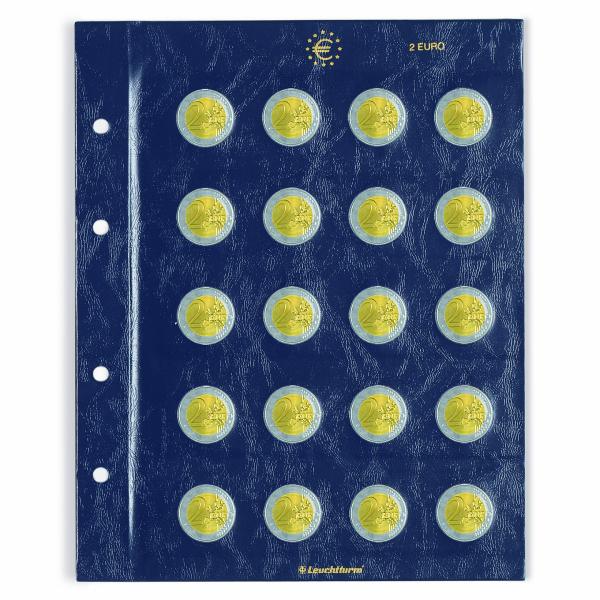 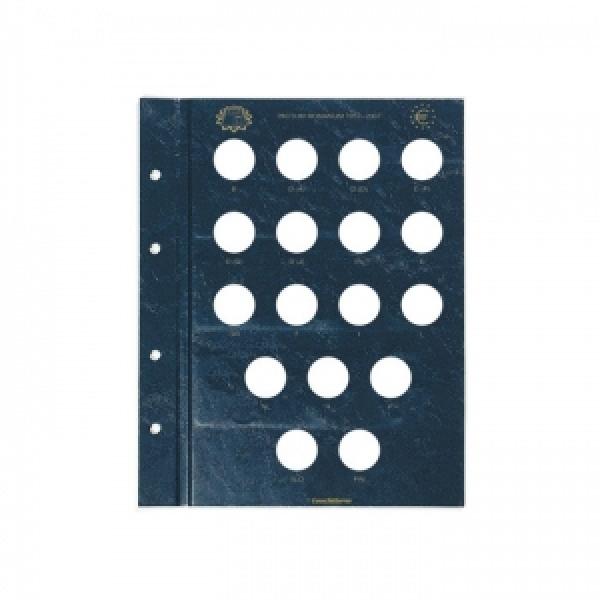 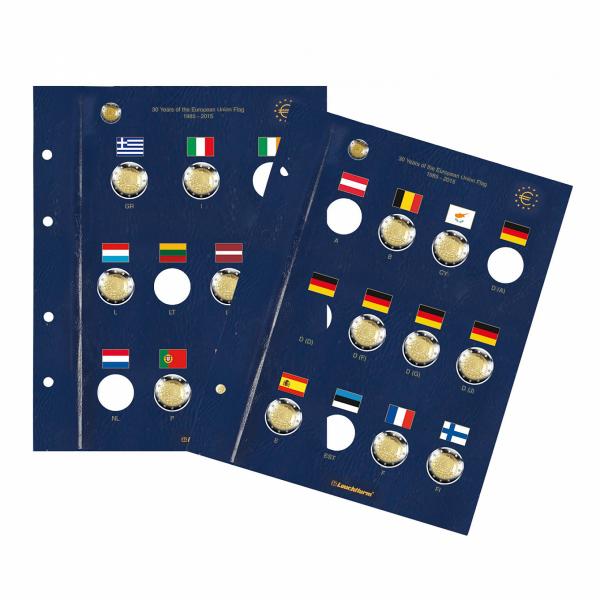 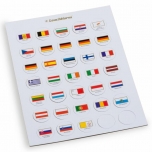 Flag chips suitable for 2-euro capsule 26 mm Ø
Flag chips made of cardboard for the identification and classification featuring inscriptions for 2 Euro coins collections. Sets of 29  flags incl. San Marino, the Vatican City, Monaco and Andorra, as well as 5  different flags from German mints, 4 neutral chips for individual use. The flags chips have a diameter of 26 mm and fit perfectly in all systems for 2-euro coins such as albums, tableaux, capsules, coin boxes, etc.
4,90 € 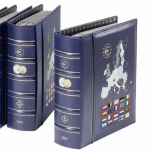 Due to the expansion of the euro-zone, a wider binder (GIGANT) has been used since 2008.
In these albums, small states such as Monaco, San Marino, Andorra and the Vatican are not included.
62,00 €