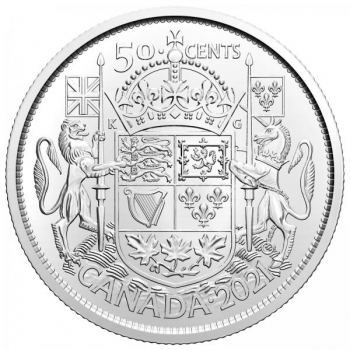 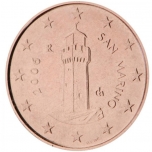 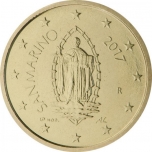 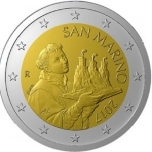 San Marino 2€ 2019
Second series: The portrait of Saint Marino, detail of a painting by Giovan Battista Urbinelli, is shown on this coin.
7,00 € 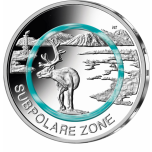 This coin is the fourth of a five-part series: climate zones
The series began in 2017 with the edition "Tropical Zone" and ends in 2021 with a coin "Polar Zone". The color of the polymer rings made according to the prevailing climatic conditions of each zone based on the temperature-color scale: from hot (red) to cold (purple). Thus, a transparent polymer turquoise ring is provided for the issue "Subpolare Zone" in 2020. Each of the five mints Germany will shape the coin with a polymer ring in a different shade of turquoise. The total circulation of the coin should be 3.4 million pieces, of which 400,000 in the collector quality proof.
Issue 20th September 2020